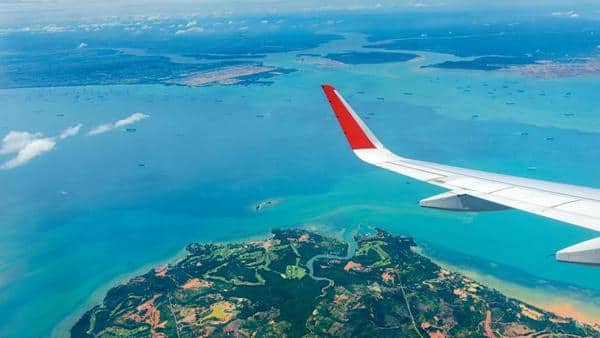 Airline fares are not easy to understand for the lay person. They shuffle up or down in a moment. Fares can sometimes be cheaper for longer distances than for shorter distance flights. On international trips, you are almost always going to find a one-way fare to be significantly costlier than when you buy a round trip. All of it makes no sense to anyone but the guys who set the fares, commonly known as the revenue management departments of airlines.

Airline fares are set largely depending upon the demand for flights on a certain day between two airports and the kind of passenger that is likely to fly. Additionally, if an airline has a monopoly on a route, or a large number of flights on that route, they would be likely to set a higher price on that route.

As an example, take flights between Mumbai and Phuket, which I purchased for ₹25,000 round trip over the Easter weekend. Phuket is a leisure market, and usually you will find tickets at this price point. On the other hand, take flights between Mumbai and Bengaluru, which is a business-travel market. I paid about ₹20,000 for a round trip; due to the shutdown of Jet Airways, there were five flights fewer in the market.

Airline fares change depending on the competition as well. Airlines monitor the fares of their competition all the time. Most travellers are always shopping around for the cheapest fare, so when one airline drops fares on a certain sector, most others follow, because they don’t want their customers to move to the other airline. Reason enough you see the sales from all airlines coming around the same time.

When you are looking at tickets between Mumbai and Phuket, you have the option to fly directly on GoAir, or one-stop via Bangkok, Singapore or Kuala Lumpur.

But when the other airlines are deciding fare for these segments, they are looking at GoAir’s fare and they now need to be competitive because GoAir is a shorter flight of 4.5 hours and does not involve changing aircraft.

Flights also cost more depending on events and festivals. For instance, for next Diwali in October 2019, most Mumbai-Delhi flights are selling for about ₹8,000 one-way right now, while on another day you can find flights for even ₹3,000 as long as you book in advance.

All of these nuances are largely designed to work in favour of the airline, but sometimes the airline could see them being beaten at their own game. In Europe and America, a controversial concept called throwaway ticketing, commonly known as skiplagging is taking centre-stage.

Here is how it works. Let’s say, you want to fly between New York and Los Angeles, but for whatever reason, the tickets are expensive. You buy a ticket from New York to Las Vegas via Los Angeles instead, which is cheaper, and exit the airport at Los Angeles, never making it to your Los Angeles to Las Vegas flight. Of course, you don’t travel with a checked-bag, because that means your bag goes to Vegas.

Airlines usually cancel the rest of your journey if you miss/skip one flight, so this concept works best if the segment intended to be thrown away, is the last one.

Airlines, however, hate it when their fare protocols are gamed, and hence they do not encourage such a practice. Last year, Lufthansa sued a passenger for recovering €2,112. The Lufthansa passenger paid €657 to fly from Oslo to Seattle and back on Lufthansa via Frankfurt in 2016. Instead, he terminated his journey on the return at Frankfurt. As per Lufthansa, the real cost of the trip was €2,769, and they wanted him to pay up the difference.

In other cases, people who have performed such a stunt frequently and got caught have seen different consequences as well. Some have had their loyalty rewards accounts being seized. Others have received letters from corporate security departments to explain their deeds.

Not just that, the travel agents who end up booking such tickets for customers also end up receiving notices of recovery from the airlines.

Throw-away ticketing, then, is not something that is recommended to be done repeatedly by passengers.

Like you already see, once an airline can analyse the patterns and establish a breach of their contract with you as a customer, they have many opportunities to get back at you. So, try it at your own risk.